In advance of Demdike Stare’s performance at Montreal Satosphere on April 19th, MUTEK sits down with Miles Whittaker for an extensive interview

Ever since Demdike Stare debuted on record in 2009, the duo of Miles Whittaker and Sean Canty has been fortunate enough to possess and strikingly unique and developed sound to claim as their own.  The pair can’t be said to work in any particular genre, and that’s exactly how they like to keep it.

In advance of their performance at Montreal Satosphere on April 19th, MUTEK caught up with the Miles Whittaker to discuss the nature of his long friendship with Sean Canty, his history with record collecting, and what it takes to make compelling records that stand the test of time.

You and Sean met over 20 years ago, when you were 14 and 17 respectively. How did you first meet?

Well, Sean’s the same age as my younger brother and he was my younger brother’s best friend and we come from a really kind of small town in England just northwest of Manchester, and I was one of the first teenagers in the town to get a set of Technics decks and have them in my bedroom. My brother and his friends used to come around and sort of listen to me sort of play records, so, that’s kind of how I met Sean, really, just through my brother.

But as a musical partnership it didn’t really begin then, did it? Other than the record thing playing in the bedroom.

No, over the first five years of knowing each other, I knew Sean was buying records, and he knew that I did and it was probably about ten years later when we really started talking to each other – well, I wouldn’t say talking, we argued a lot.  Me and Sean have a kind of love/hate relationship with music where I disagree to the things he said and vice versa, so we’ve fallen out, fallen down on each other, our relationship has really grown over the last 20 years and now we’ve kind of got a lot of respect for each other and you know we respect what one is trying to tell the other person, rather than just disagreeing completely. We’ve always been good friends.

I suppose it really helps the dynamic to have known each other for that long, as opposed to have to pussyfoot around personalities that you don’t quite get the feel for.

It’s kind of like a lot of people. I’ve probably been working within the music scene for about 10-12 years, not releasing but also working within companies and within the music scene, and I’ve seen a lot new kind of pairings come along and they’ve only just met and started working together and then the pressures of whatever it will be – touring or actually trying to come up with a new record – has brought the personalities out and these people ended up falling out along the way. Whereas me and Sean kind of got it all out of the way first and now we’re just completely up and happy and you know, it’s much more productive that way as well for us because there’s no politics involved or anything like that. 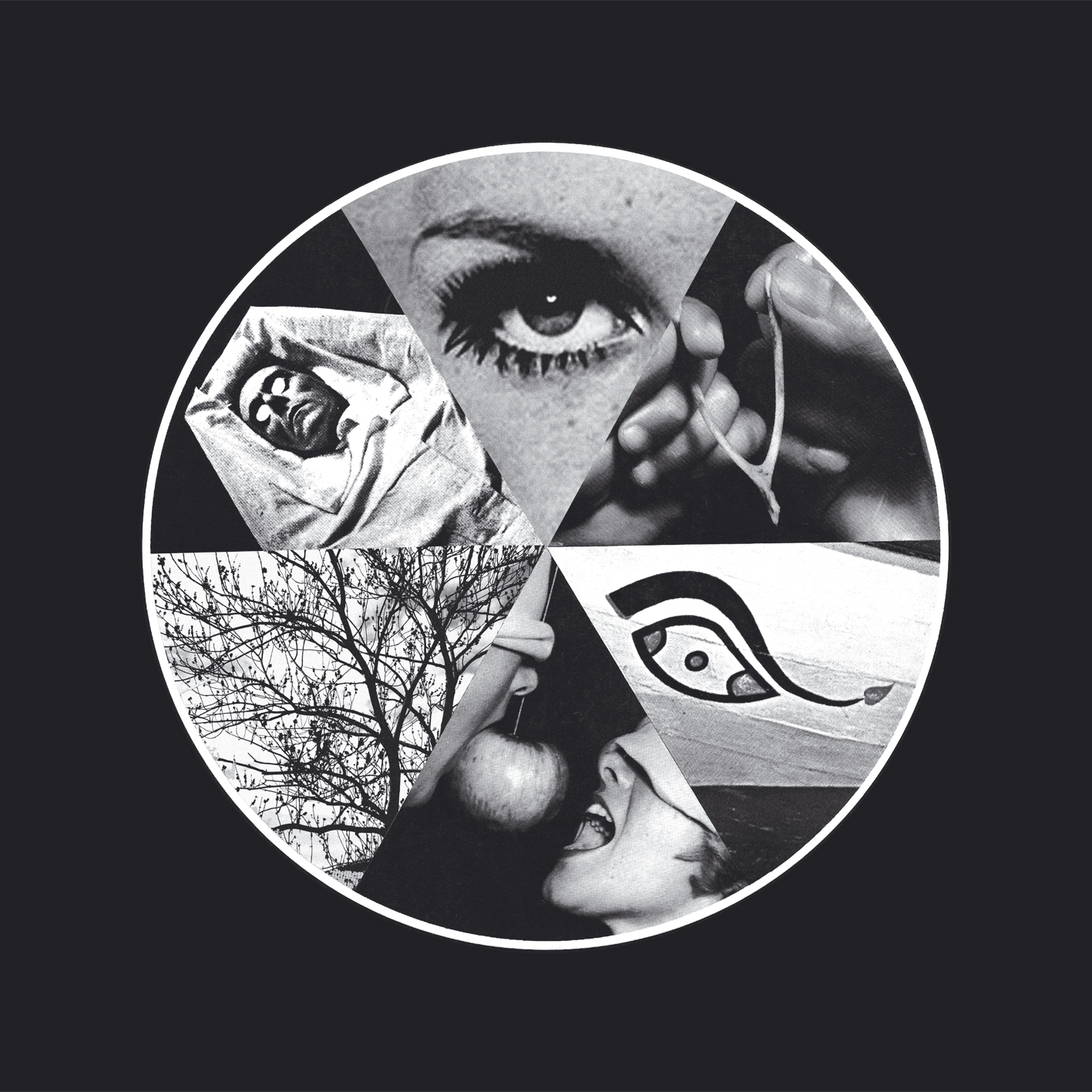 When you mentioned you were working in offices in record companies, as well, I imagine Sean is too, with Finder’s Keepers. So, you guys bring that very particular set of knowledge with you to this product in that you know the background of how it actually comes out.

Yeah, I was just going to say that my first job within music was working for rather large secondhand record shop in Manchester called Vinyl Exchange and then I left that to work in distribution, kind of like helping labels start up and helping them to the physical side of it – get their designs together, get their test pressings done, you know, get a schedule ready for the label – so I kind of knew about all that before I started releasing records. But at the moment, Sean works for that very same record shop, Vinyl Exchange, and splits his time between there and Finder’s Keepers. He’s holding two jobs down as well as being in Demdike Stare at the moment.

Yeah, we’re both very kind of intense record collectors. Insanely so, I would say. When someone asks us to play a live show, one of the first questions we ask is are there any record shops in the vicinity. Because just going to different countries and being able to access local shops is much easier. I know the internet gives you access to a lot of things but, you know, we were in Athens this week and we just found what we think is going to be the next couple, like material towards the next Demdike Stare releases, so you know, it’s invaluable to us, that’s the central point to me and Sean, we’re both hardcore kind of vinyl heads. Which is kind of our take in this day in age, but it’s still a really strong scene. There are a lot of people like that still collecting.

The touring almost perpetuates it in a way. The bigger Demdike Stare gets and the further you guys travel, the bigger the record collection gets.

Yeah, and the wider our tastes grow. It’s one of the things I’ve been quite surprised with, whereas a lot of people I know who’ve been into music for a long time, their taste kind of narrows as they get older whereas me an Sean are just going in the opposite direction. I’m listening to music at the moment that I thought I’d never be listening to, you know. The threads are so far apart. It could be new metal to ambient jazz from the ECM label from the ‘80s. It’s just everywhere, it’s just right across the boards now. It’s kind of scary, actually.

How many records would you say you were up to between you and Sean or individually?

It’s a bit difficult because I’ve probably sold half my collection in the last five years.  I actually kind of look at it in the sense that I’m not a hoarder and I’m not a trophy kind of record buyer either. You know, some people are completists and some people really like mint copies and archive, and all this, and I don’t.  I buy records to play, and that’s the real thing, so I have lots in my collection, and the one thing that swayed me was if I sat down and listened to every single record I owned I’d be dead before I got to the end of it, and that’s kind of – that’s to me – I’m a really kind of straight up guy, that’s a really pointless exercise.

You’ve got to draw the line somewhere.

You do, yes, so I’ve got at the moment a set amount of storage space and if I want to put something into that storage space, something’s got to come out of it. So, it’s around about 6000 records at the moment. That’s a healthy number for me. I had 12000 probably like 5 years ago, 6 years ago, I had way too many records. You know, I can just go to my collection and pull a record out that I really want to play and I’ve been aiming to get to that for 20 years. Every record, I want to put it on the deck, I want to pull it out. It’s kind of annoying when you’re looking for something specific and I’m like, oh I want to listen to this and oh, I want to listen to that, so.

Out of that many records and that kind of history with the vinyl, you manage to get to a sound that is very specific right off the bat.  There’s an atmosphere to it that you don’t get to just by throwing whatever record’s on. How did you guys arrive at this particular sound? It sounds so fully formed coming out the gates given even from when you guys debuted.

Yeah, well, because I’d been producing for a while anyway. So the production side has never really been a problem. The first five years of anyone messing around in the studio, you’re going to come to some kind of equilibrium with yourself where you’re happy with what let’s say the quality of your production. I’m not saying the music is actually any good, but the quality of the actual production is good.

I’ve been kind of annoying Sean for the last 5 or 6 years that we should be working together because we grew up friends and we’re both really serious record collectors, but it never happened. And then I think it was the beginning of 2009, Sean phoned me up and then he’s made the decision then.  He just said we need to write a horror soundtrack for like a film which didn’t exist.  He said he thinks that’s the best place where we can meet in the middle for what we’re doing, and for some reason it just worked straight off the bat.

So, every piece of music that we’ve produced has now been released. It’s been a hit-and-miss kind of situation. We started our own sub-label, Demdike Stare, just to test the first two releases because we didn’t think anyone would actually buy the record. The music on those are quite far apart – nobody seemed to be releasing records which were outside of anyone’s genre, so we didn’t think they’d sell. But they just went ballistic.

It’s just a combination of many things, of many sounds.  The artwork really helps.  The guy who runs Modern Love, he basically helps compile the releases as well.  It’s a lot of these different threads kind of coming together, which just makes it work.  It’s amazing. I still can’t believe it now, really. The reason we brought the Demdike Stare material originally was not to release it, but it was just for me and Sean to listen to because no one seemed to be releasing the kind of exact thing which we were looking for in different areas. We wanted to try and make something that we really wanted to listen to. So, I love listening to my own releases, which is a really kind of strange thing for me to say.

Well, there’s so much depth of texture to them.  You really can get lost in them in that soundtrack kind of way, that you were just talking about.

And that’s kind of the idea really. We’re much more fans of music that has an X factor to it. I don’t want to use that word, but it’s a good kind of terminology, you know, and hints at having something deeper. There’s a lot of music –the last year for me was probably the best year in music for about a decade.  I think there was so much amazing music that was released last year that it’s really kind of fired me up for this year as well.