A special project of the 18th edition of the MUTEK festival, the Music Cities Symposium on Tuesday, August 22 will examine and debate the complex relationship between music culture and industry and its local city context, with a focus on live music. Developed in collaboration with Sound Diplomacy, the global experts in creating strategies that increase the value of music ecosystems, the symposium joins the festival focus this year on exploring international cultural metropoles and their manifold connections with Montréal. It targets venue owners, promoters, event organizers, real estate developers, policy makers, city officials involved in culture and urban planning, artists, activists and engaged citizens.

The Montréal Context
Montréal has been recognized as Canadian Live Music City of the year at the 2016 Live Music Industry Awards that were hold for the first time as part of the Canadian Music Week in Toronto. On that occasion, the Mayor of Montréal underlined the vitality of the city, both in terms of its many original and productive artists and its festivals and organizations that present a diversity of musical content all year round, supporting its ambition to excellence and to becoming an internationally recognized cultural metropolis.

There is indeed no doubt that music is a driving force for Montréal’s (international) development, generating considerable cultural, social, economical and touristic impact, and the city has put into place several initiatives to support its industry members. Yet many challenges remain for its musical scenes to effervesce further, with live venues facing an extensive set of challenges such as cohabitation issues, opening hour regulations and the lack of resources for digitalization and the implementation of new technology.

International Inspirations
Featuring a mix of international and local speakers, this concentrated forum examines and highlights case studies from around the world — from London’s Night Czar to Barcelona’s peculiar music tourism policies and Berlin’s urban development strategy - always connecting back to the Montréal context to see what can be learned or applied from these examples.

For the panels descriptions, the list of participants and the box office visit the event's web page.

The Music Cities Symposium at MUTEK 2017 is presented with the financial support of FACTOR, the Government of Canada and of Canada’s private radio broadcasters and the British Council. 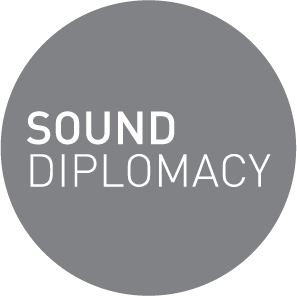