Shining360 is a 30-minute virtual, audio-visual exploration of the physical space within Stanley Kubric’s film ‘The Shining.' Using photogrammetry, a 3D world is extracted and extruded from the original film stills. An immersive video takes the viewer along the original camera path through a fragmented reconstruction of Kubric's iconic film. The work will also be released as a 360 video on YouTube.

CLAIRE HENTSCHKER (DE)
(b. 1993 Berlin, Germany, Lives and works in Pittsburgh, PA)
View past projects: http://clairesophie.com/
Presented by VIA

Claire Hentschker is a Pittsburgh-based artist working with virtual and augmented reality. Her work has been exhibited and presented at the Carnegie Museum of Art, the VIA Festival, the Miller Gallery at Carnegie Mellon, an inflatable pool beside the Allegheny River, ISEA2015 Vancouver, and the Glasgow School of Art’s Creativity and Cognition Conference. 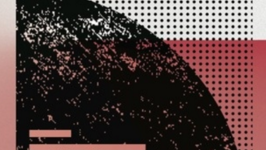